She says: Our first stop in South Dakota was The Crazy Horse monument.  The monument was really awesome.  It’s not finished yet.  In fact not much other than Crazy Horse’s face is finished.  Apparently its funded by private donations and the family will not accept federal funding.  Reason being, the original carver wanted it for the people only if the people wanted it.  There was a huge complex at the site with a movie theater, gift shop and a cafe.  The “crazy” thing about it was that they had this 78,000 sq ft complex and not one thing about the life and history of crazy horse.  Can you believe that!!?? Not even one paragraph.  It was absolutely ridiculous.  We asked the girl at the front desk and she replied “Well there is a poem about him in the brochure and I have read a book about him so I could tell you a little about his life.”  We said no thanks.  It was unbelievable.

Anyways, after that we went to Mt. Rushmore.  These monuments are pretty amazing.  It’s hard to fathom how they can sculpt these things out of tons and tons of pure rock.  I do not even know how they can envision it.  It’s such a difference in scale from the original model.  After Mt. Rushmore we got lunch and headed towards the Badlands.  Our plan was to camp there since it would be our last night of camping before returning to Ohio.  Unfortunately, no campfires were allowed and rain was coming anyways so we decided to skip camping and just drive through the park.  The park had rock formations that looked a lot like the hoodoos at Bryce.  The colors were different and the Badlands seemed a bit smaller but there were some good views and I am glad we drove through it.

He Says: Driving through the Blackhills was beautiful and it was cool seeing the huge sculptures. Like TB said, we’ll have to read a little bit more about Crazy Horse since they didn’t explain much at the monument but the size of it was amazing. At Mt. Rushmore we got a few pictures of our forefathers, walked around a bit and read some of the history. We dodged a few hundred bikers who were in the area for Sturgis then made our way to Rapid City. There, we stopped at a firehouse microbrewery and grabbed some lunch – if you’re ever there get the Firehouse Red on draft. 🙂

The Badlands were a great site to see but we drove through pretty quickly. I enjoyed it but had no problem drinking our two bottles of wine and eating our cheese and crackers in a nice hotel room. South Dakota was a good time but I think we were both sad our road trip was coming to an end. 😦 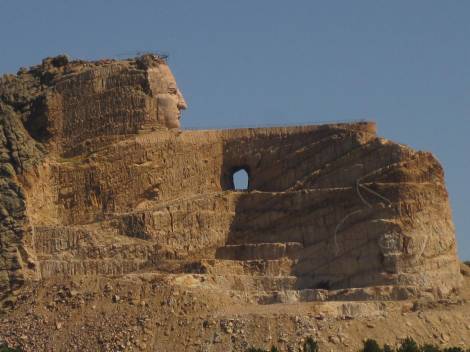 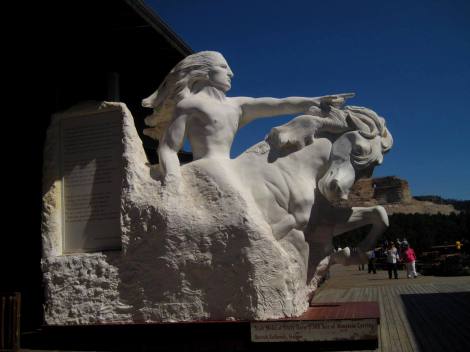 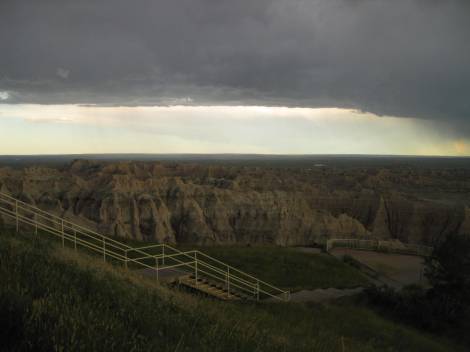 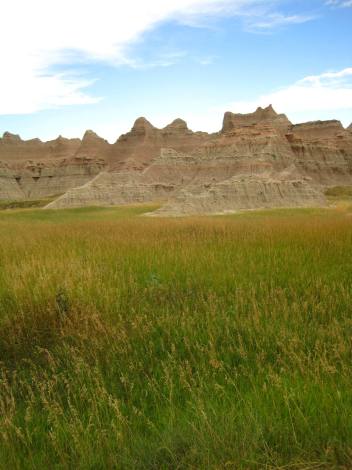 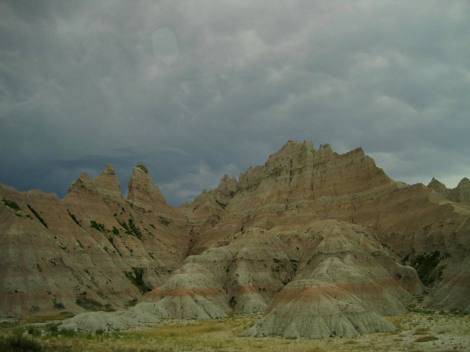