He Says: TB’s other cousin, Julie, picked us up from the airport first thing in the morning then gave us a tour of Christchurch, and in some cases, what was left of it. Many parts of the city were demolished by 2 earthquakes, one last year and one earlier this year. TB and I knew the earthquakes had happened but didn’t quite realize how devastating they were. Many of the city’s landmark buildings were totally destroyed and are now being torn down. A whole block of the downtown area is actually cordoned off because the buildings are still too unstable. After shocks still occur daily and make weakened foundations even weaker. Thousands of people have left Christchurch because of the effect it had on their economy but most people stayed and are confident things will rebound. We certainly hope they do but either way we’ll be going back someday to enjoy the city again.

After our tour of Christchurch, Julie drove us to Kaikoura, a small town two hours north, where her partner Greg lives. All the way there the roads curved around rolling green hills dotted with cattle while snow-capped peaks could be seen behind them. The closer we got to Greg’s the closer the road got to the ocean until we were driving right along the Pacific. Finally, we pulled off the main road, over some railroad tracks and into his driveway. Julie told us he had a beautiful home but it was much better than that. His front yard was basically the ocean while his backyard was a steep hill a few hundred feet tall.

We spent that night eating fresh crayfish (which is akin to lobster), drinking and talking about NZ, Christchurch, work, life and basically everything in between. The next day, Greg took us out on his boat to catch more crayfish which was actually pretty easy for TB and I. We stood in the boat taking pictures while Greg pulled in his pots with the crayfish already in them. From the time we left his house until we got back it took about one hour to pull in around five or six pots. Not a bad way to get dinner, especially when each crayfish costs as much as $70 at a nice restaurant. The rest of the day we spent walking around Kaikoura appreciating the small town vibe and spectacular views of mountains and ocean right next to each other.

The next day Julie drove us back down to Christchurch where we arranged to rent a Wicked camper van for our South Island road trip. The van wasn’t lush accommodations but it was definitely eye-catching. Ours had graffiti spray-painted all over the sides and on the back it said “I’ve been in more laps then a napkin”. Yes, “than” was spelled “then”. In any case, it was nice to get on the road in style.

In the next five days we drove west to Arthur’s Pass, through the mountains and to the west coast; south to Franz Josef where a gas station attendant yelled at us for camping in the parking lot; farther south to Queenstown where we hiked and did “touristy” stuff; back north to almost get a glimpse of Mt. Cook but found Tasman Glacier and Lake Pukaki instead…which could’ve been one of the most beautiful places I’ve ever been – turquoise water, icebergs, mountains, etc. – pretty much everything you can think of to make something majestic; then, we finally made our way back east along the scenic route to Christchurch. It was relaxing to be back on the road and reminded us a lot of our U.S. road trip. I have no doubt we’ll be returning there to do it again.

The remainder of our time in NZ was spent on the North Island visiting more family and watching plenty more rugby. At Richard’s in Onemana, almost the whole family got together which we used as another excuse to drink way too much…story of our lives. So the following few days were spent recovering and cutting back our alcohol intake. Not so easy to do with family constantly poring you alcohol and looking at you funny when you politely refuse.

Back in Auckland, we continued to cheer for the All Blacks with Sharon, her family and their not-quite elderly neighbor, Herby. Despite being in his late 70’s, Herby still swims 40 laps almost every morning and drinks more wine than most people I know. He invited us to join him on a day trip to Waiheke Island to visit his friend Merv who treated us to a great lunch at a beach-side restaurant. The sun shining, the waves crashing and the great conversation made it a beautiful day neither TB and I will forget. It was one of those easy days you appreciate because they don’t happen often enough.

In fact, most of our time in NZ felt like that – one long easy, laid back day. I can’t say enough how much we appreciate everything TB’s family did for us but I know we’ll go back to show them and hopefully return the favor. Without family and friends not even half of what we did would’ve been possible…and still I don’t think we did half of all the things we wanted to. So much to do yet so little time. The story of life, right?

— Okay, time to go. TB is yelling at me to hurry up because I’ve taken so long  writing and posting this. 🙂

Cheers! On to Australia… 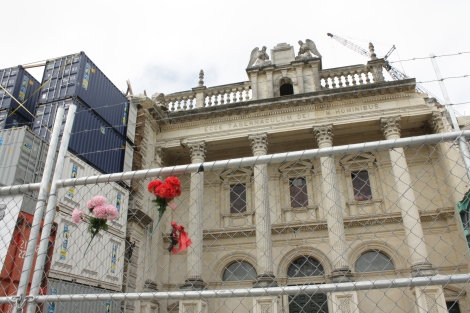 A landmark building in Christchurch they're still working on salvaging. The connex boxes to the left of the photo are literally propping up the building. 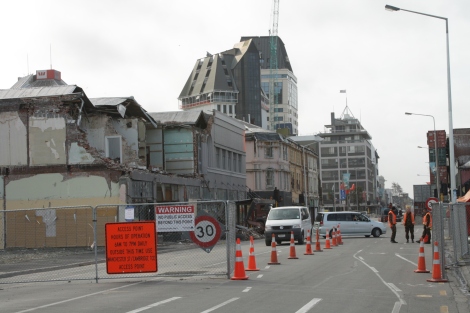 More devastation in Christchurch. The tall building in the back is leaning over because it's foundation was destroyed. 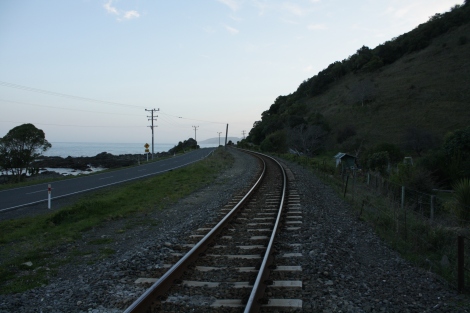 Fishing for crayfish with Greg and Julie 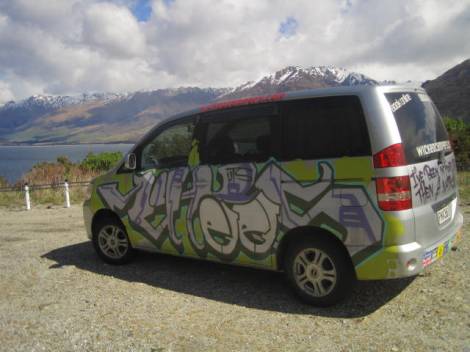 Our Wicked camper. The back says "I've been in more laps then a napkin" 🙂 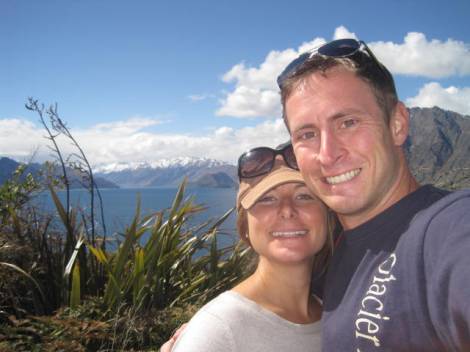 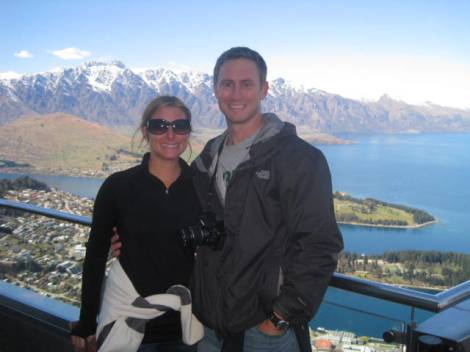 Looking down on Queenstown and the surrounding mountains after our hike to the top of the ski lift. 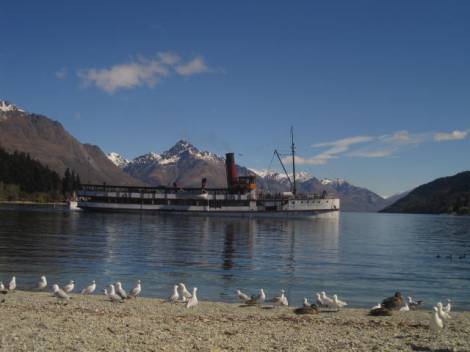 The view while we picnicked on the beach in Queenstown. 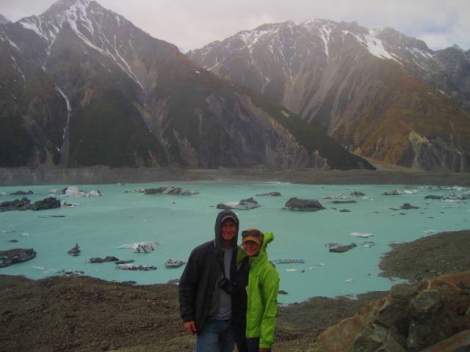 Definitely weren't expecting to find this gem when hiking to see Mt. Cook. Tasman Glacier and the icebergs was probably one of the most scenic things we saw. 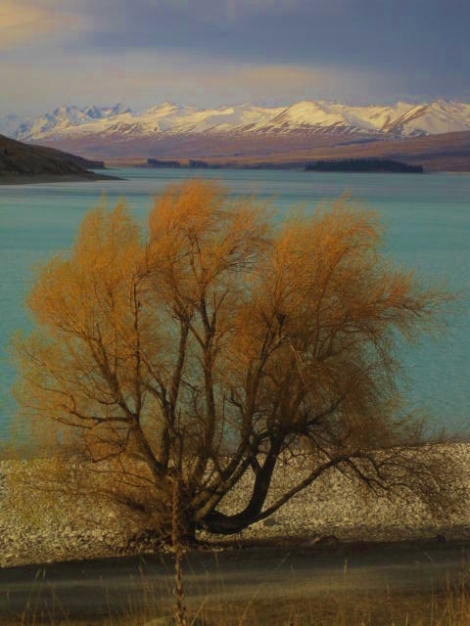 On our way back to Christchurch we saw plenty of spectacular scenery. 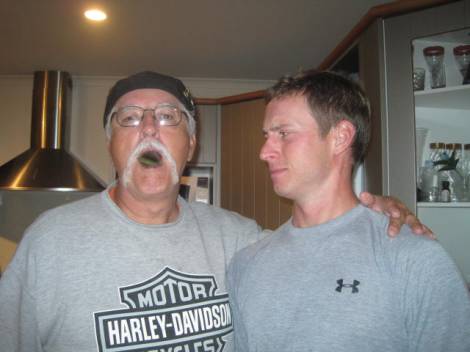 Partying with Tami's dad, Bill, and the rest of the family after returning to the North Island. We had a good time to say the least... 🙂 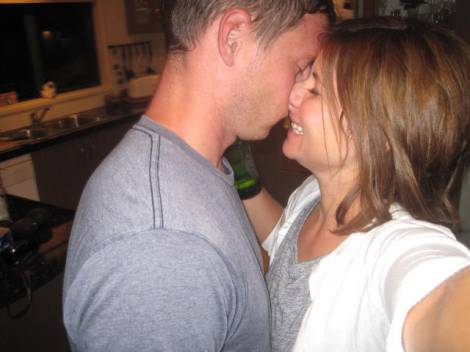 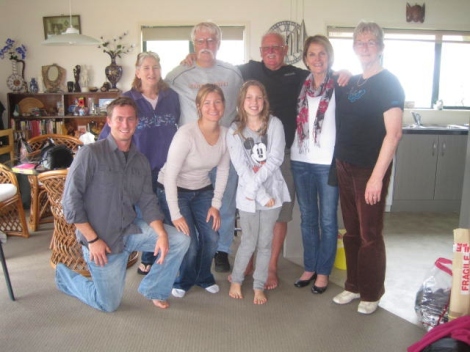 The next morning before saying goodbye 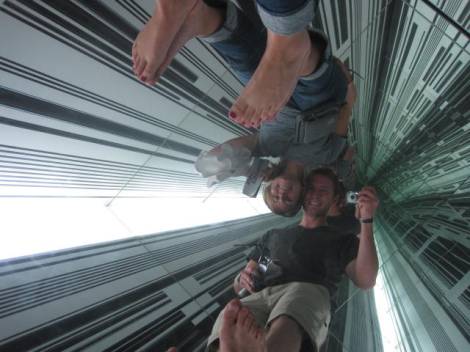 Having fun at the Auckland Museum of Modern Art. 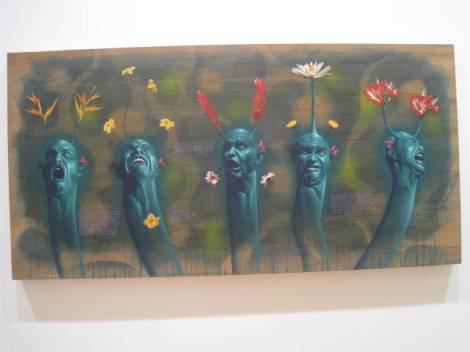 Our favorite picture. The best part was the captions in the painting. You can't read them but they were a whole bunch of curse words. 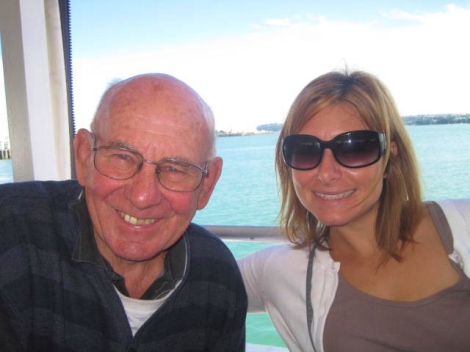 On our way to Waiheke Island with Herby. 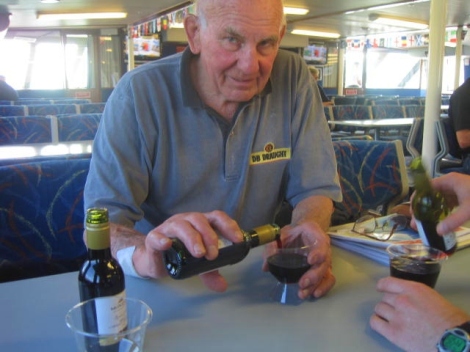 Herby drinking us under the table on our way back from Waiheke Island. 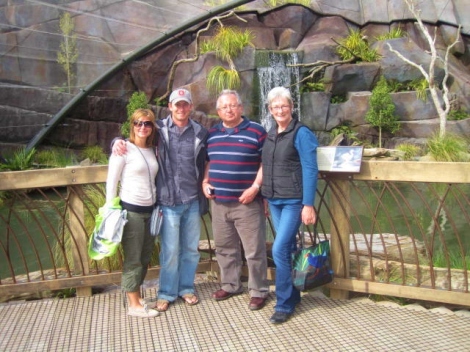 Enjoying another beautiful day at the Auckland Zoo. 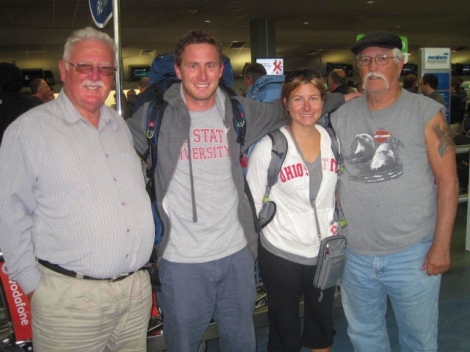 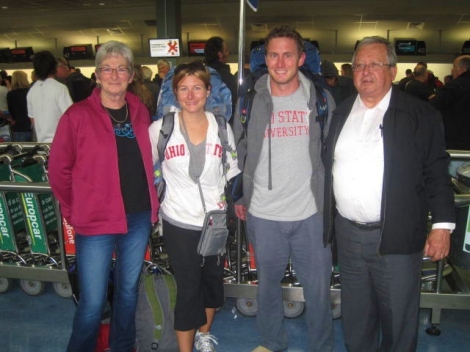 3 responses to “New Zealand Part 3 of 3 – Christchurch, Kaikoura, our 2nd road trip and back to the North Island”